Your Approach To Recruitment Is Wrong

Getting it right during the recruitment process is the best method to reduce the amount of money your firm spends on employing a new employee. 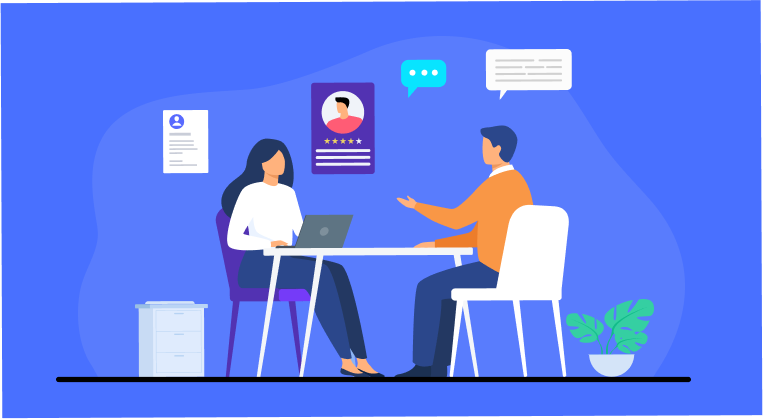 John sat in his plush office with his head on his desk, and a groan escaped his lips as he thought about what he had to do next.

He would have to resign Jane forcefully; it was exactly three months after he hired her. "It feels like I keep returning to square one," John thought.

How had it come to this?

Jane had been great at first. She had a great resume, and her cover letter had been spot on. Even during the interview, she checked all the boxes.

He had expected her to deliver, but all she did was fail to meet deadlines, disrupting the workflow. With a groan, John raised his head and straightened his back. She would arrive at any moment.

Is that you as a business owner or project manager? If so, you know how much it hurts the company's finances when you keep hiring a new person regularly.

If you keep having to let people go for some reason, like John had to let Jane go, it may spell doom for your company, and it also shows that there is something wrong with your recruitment process.

It's quite understandable; recruitment is not an easy task. You don't just have to find a smart and work-hungry employee; you have to worry about retaining them because, trust us, they will be ambitious.

These people are very hard to find and are even harder to keep around, and when you consider that replacing an employee costs an average of 6–9 months salary, it becomes a risk if they can't be retained.

The best way to cut down on how much your company spends on hiring a new employee is by getting it right during the recruitment process.

That can be challenging as there is no guaranteed process for successful recruitment. But, nevertheless, we have put together some things we think you may be doing wrong and should watch out for.

Not Creating an Accurate Job Description

You have to make sure you describe the job accurately and honestly in any ad you make . If you fail to do this, it becomes less likely to attract people who possess the talent you seek.

If you want your job description to be effective, treat it better than a mere list of duties; it should describe the role in terms of its overall purpose and also highlight the key areas of responsibility.

While coming up with a description, try not to oversell the role, leading the candidates to think that it offers more opportunities than it does.

For instance, don't say that there's a possibility of quick promotion if there won't be. If you do, that recruit may feel played and quit on you.

Refusing to Consider Recruiting From Within

Sometimes, the solution to a staffing problem is sitting right under your nose! So it makes sense economically to shore up roles internally.

Not only does it save you more money, but it saves you time as well. Therefore, the recruitment process is not to be rushed.

An existing staff member will not need orientation to merge with your organization's processes, values, and objectives. As a result, they are more likely to fill the role and do the job properly with just a simple briefing.

Another perspective to consider is that hiring from within draws an image of a progress-driven environment — for an ambitious worker, this represents a place to grow.

Promoting and training up your own staff can boost overall morale and productivity with people who hope they can be next.

Depending Too Much on the Interview

Sometimes, managers use only a simple interview to assess potential workers. It is the most basic form of recruitment but does that mean it is the best to use?

Like senior Google executive Laszlo Bock, some people believe that "most interviews are a waste of time." Why?

Because most times, an interviewer forms an impression in the first 10 seconds of meeting the candidate, then spends the remaining time attempting to confirm their conclusion.

This is foolhardy as a desperate candidate may say or do anything to fill the vacant role.

To make sure you have the cream of the crop, you can give them a test or task to evaluate how they would perform if hired.

Recruitment depends on how good your decision-making ability is.

This means that you must avoid unwittingly segregating the candidates into two different groups, the first for those people who share your background, skin color, or gender and those who don't.

You must be ready to accept applicants without caring about any of the characteristics above. This means you'll have a much larger talent pool to thread, thereby improving your chances of recruiting the best person for the job.

Employing Those With Fewer Credentials Than You

If you want your business to thrive, you have to set your pride aside. It would be best if you didn't settle for a less qualified candidate.

Hiring is about picking someone you believe can put in the type of work you would be willing to put in yourself and more.

Some managers get cold feet when hiring someone more outgoing or talented than they are. Several may even see them as a threat to their position.

A good manager should know that insight from sharp people will only strengthen the team over time. Taking on those better than you will force you to level up or risk looming incompetent.

It will keep your skills sharpened, which will drive your company closer to its objective.

The perfect candidate might not exist, but that doesn't mean you should rush the recruitment process. Instead, take it at your pace, think things through.

What will it cost you in time and capital to employ and train a person who ends up failing? Repeating the process becomes scary when you can't trust that they'll stick around.

Schedule two sets of interviews if you must. If it seems to be taking too long and the space can't be left vacant for too long, get an external contractor to cover the role until you've made your choice.

The recruitment process is a delicate affair, and you could make many more mistakes that could throw it off the rail. To make it easier to fund the most talented individuals, we recommend that you equip yourself with RecruitHire, the number one applicant tracking system out there.

This elite software allows you to manage the recruitment process proficiently. It simplifies your hiring process and helps you save valuable time using different tools, including workflow management and kanban boards.

With RecruitHire, you get to hire without stress using a built-in applicant tracker, career portal, job posting forms, and resume parser to facilitate recruitment.

RecruitHire lets you automate the hiring process with triggered questionnaires, email templates, and multi-level screening stages.Thanks to the friendly build of the software, you can integrate RecruitHire with your email and telephony providers to ease the recruitment process.

Give it a try today! Don't be John.

Recruitment is one of the most crucial functions for any business, both for the employee and for the employer, so the process has to be as easy and effective as possible. The 10 tips you will find here will help you with this.

Top Tips to Create and Handle Job Postings Like a Pro

Job postings are an important part of any job search. They are the first impression that a company gives to its candidates. It is the representation of their skills, culture, and values. So what makes a good job posting? What should you include in your next one? And how should you handle them once they're out there?

Managing a business is no small task. It involves handling a lot of crucial details and it is hard to keep track of everything. But there are some things you can do to ensure your workflow is organized and efficient.

Get Started with 500apps Today

Recruithire is a part of 500apps Infinity Suite

Still not sure, sign up for our weekly webinar to know more about 500apps infinity suite. Register Today!

Still not sure, sign up for our weekly webinar to know more about 500apps infinity suite. Register Today!